What Your Clients Should do if Someone Yells, “Recession” in a Crowded Theater

There’s been a lot of talk about recessions lately. Mostly pundits have been warning us that a recession is on the horizon. Recession is a word that appears to strike fear in the hearts of ordinary investors and while it’s easy to understand why, that’s entirely the opposite of the reaction they should have.

A recession certainly can be painful if it results in a job loss, but for the longer term, it can be healthy for the overall economy. The media has positioned recessions as the monster in the basement, woods or under the bed (whichever you find most frightening). Instead of being an aberration, the business cycle, which reflects the expansion and contraction of the economy, is as natural as the seasons. Business cycles have four phases: expansions, peaks, contractions and troughs.

THE BUSINESS CYCLE
The brown line represents a demarcation for entering a recession (two consecutive quarters of negative GDP). 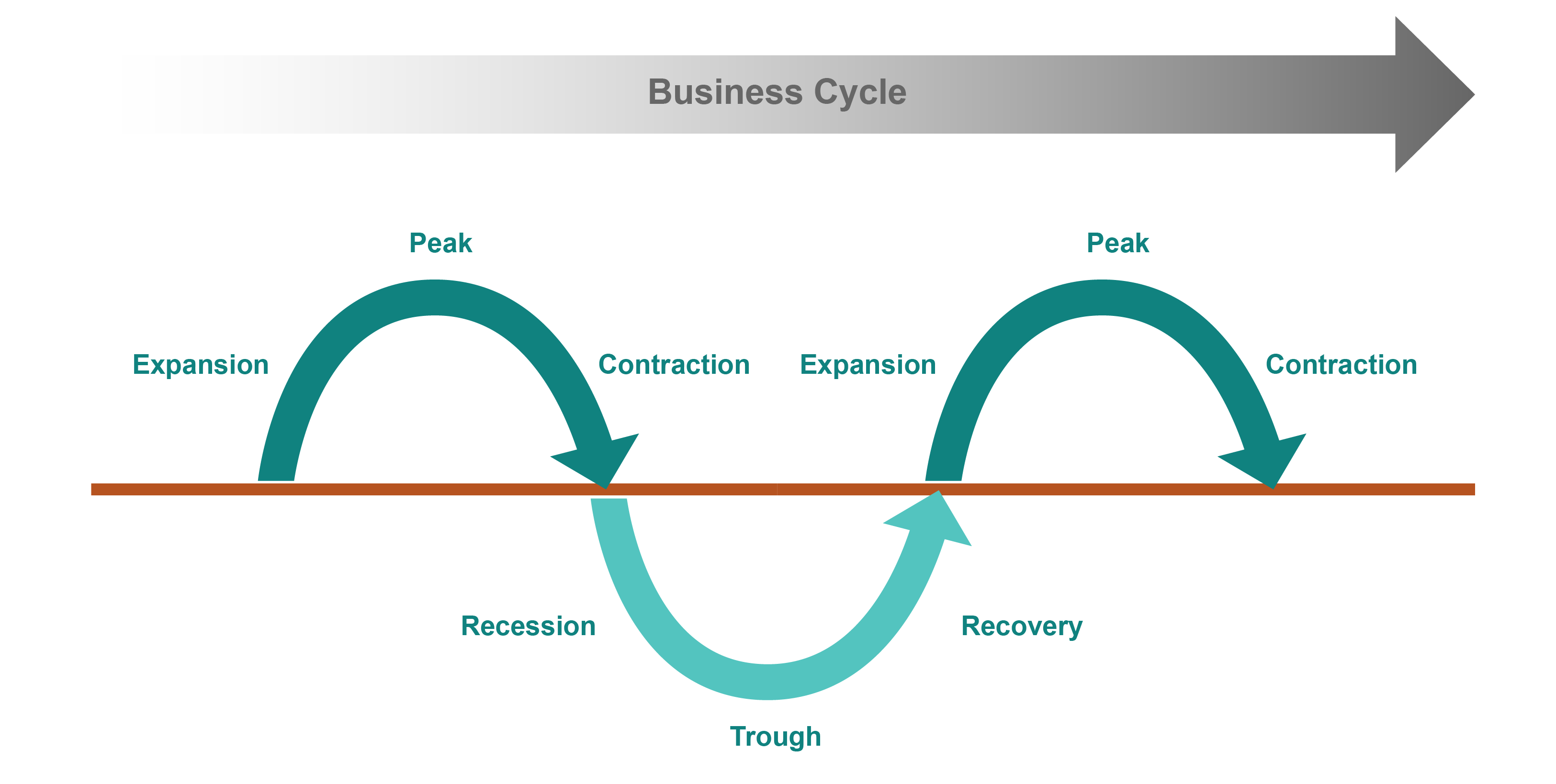 Despite all of the noise, recessions are actually beneficial because they provide relief for an economy that has overheated, and they are typically caused by or result in two positive changes in behavior:

Instead of panicking at the thought of a recession, investors would be much better off understanding and accepting the inevitability of recessions, planning for their eventuality and welcoming the expansion that will follow.

Of those activities, planning is the most critical because recessions often force investors to “tighten their belts.” One of the best ways to prepare is to establish an emergency fund. While the desired amount of an emergency fund varies, most experts recommend setting aside an amount equal to six to nine months of expenses in an investment that doesn’t fluctuate dramatically in price like a money market or a low duration bond fund.

An emergency fund provides peace of mind and eliminates the need to sell investments into a declining market. It’s when stock prices are falling that you want to invest.  If there isn’t extra money to put into the market, just remaining invested often pays off handsomely. For example, during the Great Recession of 2008–2009, the S&P 500 Index bottomed out in March of 2009. In the 10 years between March 2009 and March 2019, the S&P 500 delivered a 10-year annualized total return of 17.8%. Those investment returns were more than amply rewarded for the “pain and suffering” that investors had to endure while listening to the media and their less knowledgeable friends warning that it’s the end of the financial world.

Once your clients understand recessions, they won’t run the next time they hear someone yelling “recession” in a crowded theater. Instead, they’ll see it as an opportunity to remain invested, which may ultimately lead them to financial well-being.

For more Building Your Business read the previous article