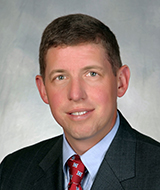 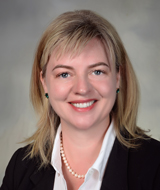 Fixed income markets continued the rebound that began in the second quarter, with most domestic bond sectors posting positive performance in the three months through September. The market recovery has been awe-inspiring. Nearly every fixed income index is positive for the year with some areas, such as lower-quality credit, posting double-digit returns, despite record breaking unemployment and a fall in consumer demand. The aggressive actions of the U.S. Federal Reserve have produced the desired results, with money market fund yields back at essentially 0% and the 10-year U.S. Treasury range-bound between 0.50% and 0.75%. The reduction of short-term rates has driven down yields in investment-grade corporates and investment-grade municipals. By making short rates unattractive, the Fed is once again forcing investors out the risk spectrum in an effort to increase risk asset prices and create the wealth effect. The plan was successful following the Great Financial Crisis and initial results suggest success once again as high-yield corporates and high-yield municipals both posted strong quarterly performance and are now flat or up slightly for the year.

The Fed’s $4 trillion balance sheet expansion so far this year, double-digit unemployment and a steep decline in consumer demand that has alleviated near-term inflation concerns paved the way for long bonds to post strong performance for the quarter. But the Fed’s commitment to hold rates low until inflation tracks above its 2% goal for an extended period of time should give investors cause for caution. If consumption snaps back faster than expected amid the tsunami of Fed liquidity, and demand outstrips supply, will the Fed raise rates in timely fashion? If asset bubbles are prevalent, will the Fed be able to deflate them in measured moves, or will they pop, causing the economy to deflate? We think the best protection against uncertain outcomes of unprecedented policy stimulus is rigorous, bottom-up credit research to identify attractively priced bonds with sound fundamentals.

The municipal market continued its run of positive performance and inflows through most of the quarter, which led to strong performance across Thornburg municipal bond portfolios. Despite the sharp sell-off in March, all of the strategies have recouped their losses, produced positive returns for the quarter and are now up on the year. Municipal yields fell throughout most of the third quarter, setting a new record low 55 basis points on the 10-year AAA, which created a tailwind for bond prices and led to nice price appreciation in most portfolios. The purchases we made during the market dislocation proved doubly beneficial as they both appreciated in price and generated higher levels of tax-exempt income. While price appreciation has been great for total return, the income component is far more important now that municipal bond prices have reached nose-bleed levels.

We remain cautiously optimistic on municipal credit and confident in our credit positioning because of the work done at the onset of the pandemic. We scoured our portfolio for credits we felt were vulnerable and exited positions, many involving debt related to convention centers, sports stadiums and hotel occupancy tax. Prices have recovered significantly across the entire market, but fundamentals have only improved in certain areas. Others of initial concern, such as hospitals and health care, have recovered through the reimbursement of COVID-related costs and removal of the ban on elective surgery. Some areas that were not initial concerns are now on shaky ground as there continues to be changes in behavior that could be long lasting. We question if private universities, whose value proposition was already under scrutiny, will be able to attract students willing to pay $70,000 per year to learn online.

As we’ve culled the portfolio of suspect credits, the market has been a difficult place to put new cash to work. Fixed income price appreciation has gained speed as new dollars are invested at lower yields, putting downward pressure on a portfolio’s cash flow. For investment managers, this challenge can be even greater when positive inflows dilute a portfolio’s current dividend and strategy mandates require action and the investment of new cash. We believe the best course of action today is to avoid the temptation to add risk to our portfolios by extending duration or lowering quality credit because the compensation isn’t there. Instead, we believe it is better to focus on being defensive by purchasing shorter-maturity bonds from higher-quality issuers. We believe it’s better to let cash build and create a liquidity buffer to protect our shareholders against any potential shenanigans surrounding the election, transition of power or a new stimulus bill. The market recovery over the last six months suggests that investor memories are short these days, but the lessons we learned in March are still front and center in our mind. We’d prefer to take risk when we’re being paid to do so and be a buyer in a market of sellers. That’s how we made percentage points, not basis points, for our shareholders in March, and we hope to have the opportunity to do so again.

Our Approach to a Suddenly Volatile Muni Market
Please see our glossaryglossary (www.thornburg.com/glossary) for a definition of terms. The views expressed are subject to change and do not necessarily reflect the views of Thornburg Investment Management, Inc. This information should not be relied upon as a recommendation or investment advice and is not intended to predict the performance of any investment or market. This is not a solicitation or offer for any product or service. Nor is it a complete analysis of every material fact concerning any market, industry, or investment. Data has been obtained from sources considered reliable, but Thornburg makes no representations as to the completeness or accuracy of such information and has no obligation to provide updates or changes. Thornburg does not accept any responsibility and cannot be held liable for any person’s use of or reliance on the information and opinions contained herein. Investments carry risks, including possible loss of principal.

Fixed income markets continued to rebound but the Fed's commitment to hold rates low should give investors cause for concern.

Steering your portfolio clear of the silo trap

Why a generalist research approach can triumph over siloed team structures.

COVID-19 has changed the municipal bond landscape. Find out how.

Each composite above represents all assets under management in fully discretionary, fee based accounts. Returns are calculated using a time-weighted and asset-weighted calculation including reinvestment of dividends and income. Returns are annualized for periods greater than one year. Individual account performance will vary. The performance data quoted represents past performance; it does not guarantee future results. Portfolio returns net of fees may include management, advisory and/or custodial fees. Thornburg Investment Management Inc.’s fee schedule is detailed in Part 2A of its ADV brochure. Portfolio returns gross of fees do not reflect the deduction of management fees. Performance results of the firm's clients will be reduced by the firm's management fees. For example, an account with a compounded annual total return of 10% would have increased by 159% over ten years. Assuming an annual management fee of .75%, this increase would be 142%.

The performance of any index is not indicative of the performance of any particular investment. Unless otherwise noted, index returns reflect the reinvestment of income dividends and capital gains, if any, but do not reflect fees, brokerage commissions or other expenses of investing. Investors may not make direct investments into any index.

Portfolio construction will have significant differences from that of a benchmark index in terms of security holdings, industry weightings, asset allocations and number of positions held, all of which may contribute to performance, characteristics and volatility differences. Investors may not make direct investments into any index.

This material constitutes a financial promotion for the purposes of the Financial Services and Markets Act 2000 (the “Act”) and the handbook of rules and guidance issued from time to time by the FCA (the "FCA Rules"). This material is for information purposes only and does not constitute an offer to subscribe for or purchase any financial instrument. Thornburg Investment Management Ltd. ("TIM Ltd.") neither provides investment advice to, nor receives and transmits orders from, persons to whom this material is communicated nor does it carry on any other activities with or for such persons that constitute "MiFID or equivalent third country business" for the purposes of the FCA Rules. All information provided is not warranted as to completeness or accuracy and is subject to change without notice.

This communication and any investment or service to which this material may relate is exclusively intended for persons who are Professional Clients or Eligible Counterparties for the purposes of the FCA Rules and other persons should not act or rely on it. This communication is not intended for use by any person or entity in any jurisdiction or country where such distribution or use would be contrary to local law or regulation.