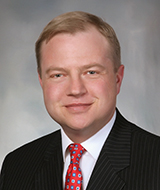 Over the last decade, it has become clear that global central banks dislike uncertainty. Therefore, and unsurprisingly, most of their policies over the years have sought to suppress asset price volatility to maintain functioning markets. This pattern continued in 2020 through the third quarter. Central banks’ response to the COVID-led market sell-off in March incorporated many of the tools and playbook methods learned after the Great Financial Crisis. In 2020, the Federal Reserve expanded the scope and capacity of these tools.

Again, the pattern remains the same. A large, unexpected, exogenous shock drove a sizeable sell-off in risk assets that is subsequently reversed upon the central banks’ response. The significant difference between 2020 and the reaction function in 2009 is the speed of response and the scale of support.

In the third quarter, fixed income markets continued the rebound that began in the second quarter, with most domestic bond sectors posting positive performance in the three months through September. The recovery in the bond and equity markets has been awe-inspiring. Nearly every fixed income index sits in positive territory for the year with some areas, such as BB-rated high yield, posting double-digit returns, despite still-high unemployment and diminished consumer spending. Meanwhile, the 10-year U.S. Treasury yield has been mostly range-bound between 0.50% and 0.80% since early April.

The Fed has not proven all-powerful, however, and during the quarter unveiled a new policy framework, a central feature of which is a new “average” inflation target of 2%. As the Fed has significantly undershot its 2% target for many years, the implication is that it will allow inflation to overshoot its 2% goal for some period of time. Effectively, the Fed will be operating as if it had a temporarily higher inflation target. How effective policymakers are at engineering inflation depends on many interconnected variables, not the least of which remains the path of COVID-19 and the lingering effects of continued economic lockdowns.

Some good macroeconomic factors did register in July and were followed in August by declining virus infection rates. But in September, amid more mixed economic data, infections resumed their climb and tech stocks led a sell-off in equities. Credit markets broadly shrugged off the market volatility, notwithstanding the final two weeks of the quarter. Hopes that Congress and the White House would come to terms on another fiscal stimulus package before the election have faded amid competing issues, mainly a tightening election and timing on the replacement of the late Justice Ruth Bader Ginsburg on the U.S. Supreme Court. Potential for market volatility and economic stress remains elevated.

Strong search for yield, combined with robust growth relative to dire expectations in the first quarter and subsiding near-term default risk, will continue to incentivize investors to move further into risky territory per the Fed’s design. However, risks over the horizon remain elevated as we move into the last quarter of a dismal 2020 in terms of public health and economic conditions, if not credit market returns.

For example, while unemployment has moved from 3.5% pre-COVID to 14.7% in April and back down to 7.9% at the end of last month, the path for further improvement will be much more difficult. In terms of a fiscal package, in front of elections—why would anyone expect an agreement to be announced before the 11th hour, as both sides have to show they are tough and fighting for their values? When, how and how much remain essential components shrouded in uncertainty. Going forward, the likeliest path out of the current COVID-induced economic malaise depends on a working vaccine; yet, even after its development, we will need it to become both widely available and trusted. Current economic facts may appear bleak in certain areas, but there are always opportunities for astute managers.

Investment grade (IG) corporate bond issuance reached $168 billion in September and totaled $380 billion in the third quarter and $1.63 trillion year-to-date, up 64% year-on-year and marking new records for the month, the quarter and the year, respectively. Spreads continue to run tighter, and debt marches higher. We continue to take targeted risks in the investment grade space, reducing overall exposure ahead of the election and taking targeted exposures in fortress balance sheet organizations with lower cyclicality.

A significant development in investment grade so far this year has been duration; the average duration of the Bloomberg Barclays U.S. Corporate Index has increased by almost two years since late 2018, to nine years. The trend has further extended this year as borrowers have been aggressive in strengthening liquidity positions and extending the duration profile of their liabilities. Coupled with all-time lows for yields and relatively tight spread levels, this should raise concerns among investors.

The combined effect of longer duration, low yields and tight spreads does create vulnerabilities for pure corporate bond portfolios; however, we think there are a number of mitigating processes for those with multisector approaches. One such method is balancing intermediate duration IG corporate exposure with quickly amortizing short weighted average life asset-backed securities, such as consumer loans, credit card receivables and auto loans with decent credit enhancements.

Within asset-backed securities, September painted a relatively healthy picture of consumer ABS markets. September new issuance volumes not only recorded their largest month of issuance for the year, but were also up versus the September 2019 level. We are keeping a close eye on payment remits and the general health of consumer credit—evidence of borrower resiliency in the loan market continues to emerge. While delinquencies have risen slightly for loans with FICO scores above 680, they continue to fall for deals with average FICO score below 680. There is no “all-clear” signal in ABS, but for those with proven track records in managing risks, attractive yield opportunities await.

The backdrop for agency MBS continues to be shaped by the Fed’s guidance, increasing its MBS holdings over the months “at least at the current pace to sustain smooth market functioning and help foster accommodative financial conditions supporting the flow of credit to households.” A strong backdrop for those willing to ride the wave of the Fed’s liquidity tsunami.

Within non-agency, non-qualified mortgage loans have experienced higher delinquencies than other residential credit. Still, the area remains attractive on a risk/ return basis. The most recent forbearance report from Black Knight points to the largest single-week decline since the beginning of the pandemic as the first wave of forbearances from April is hitting the end of the initial six-month term. This decline noticeably outpaced the weekly reduction seen when the first wave of cases hit the three-month point back in July. We continue to keep a close eye on potential opportunities here as probabilities for near-term volatility ahead of the election tick up.

As we march forward into the end of 2020, we’ll remain focused on our guiding tenet; only take risk when you are getting paid to do so. In action, this means staying nimble, focusing on horizon risks, appropriately managing liquidity and most importantly, continuing humility. Thank you for investing alongside us in Thornburg’s fixed income funds.

Performance data shown represents past performance and is no guarantee of future results. Investment return and principal value will fluctuate so shares, when redeemed, may be worth more or less than their original cost. Current performance may be lower or higher than quoted. For performance current to the most recent month end, see the mutual funds performance page or call 877-215-1330. The maximum sales charge for the Fund’s A shares is 1.50%.

We’ll remain focused on our guiding tenet: only take risk when you are getting paid to do so. In action, this means staying nimble, focusing on horizon risks, appropriately managing liquidity and most importantly, continuing humility.

Finding Relative Value in Volatile Credit Markets
Please see our glossaryglossary (www.thornburg.com/glossary) for a definition of terms. Before investing, carefully consider the Fund’s investment goals, risks, charges, and expenses. For a prospectus or summary prospectus containing this and other information, contact your financial advisor or visit thornburg.com. Read them carefully before investing. The views expressed are subject to change and do not necessarily reflect the views of Thornburg Investment Management, Inc. This information should not be relied upon as a recommendation or investment advice and is not intended to predict the performance of any investment or market. Any securities, sectors, or countries mentioned are for illustration purposes only. Holdings are subject to change. Under no circumstances does the information contained within represent a recommendation to buy or sell any security. Thornburg mutual funds are distributed by Thornburg Securities Corporation.
Taking a Holistic View of Fixed Income Portfolio Construction

Thornburg Portfolio Managers Jeff Klingelhofer and Lon Erickson spoke with the Wall Street Transcript about Limited Term Income and Strategic Income. The Q&A is in depth, covering lots of ground such as the funds’ objectives; Jeff, Lon, and the team’s strategy during the recent recession; and the long-term outcomes they aim to generate for clients.

The Fed’s “Not Thinking” Singular Focus

Supporting the beaten-down labor market is the Federal Reserve’s “major focus,” not inflation nor risk asset prices. Doing “whatever we can and for as long as it takes.”

Steering your portfolio clear of the silo trap

Why a generalist research approach can triumph over siloed team structures.

Investments carry risks, including possible loss of principal. Portfolios investing in bonds have the same interest rate, inflation, and credit risks that are associated with the underlying bonds. The value of bonds will fluctuate relative to changes in interest rates, decreasing when interest rates rise. Unlike bonds, bond funds have ongoing fees and expenses. Investments in mortgage-backed securities (MBS) may bear additional risk. Investments in the Fund are not FDIC insured, nor are they bank deposits or guaranteed by a bank or any other entity.

© 2020 Morningstar, Inc. All Rights Reserved. The information contained herein: (1) is proprietary to Morningstar and/or its content providers; (2) may not be copied or distributed; and (3) is not warranted to be accurate, complete or timely. Neither Morningstar nor its content providers are responsible for any damages or losses arising from any use of this information. Past performance is no guarantee of future results.