The Presidential Put, the Powell Put, and China’s New Playbook

The trade conflict and Fed rate policy are buffeting markets at a time China was already grappling with debt challenges at home. But the volatility may be masking good economic fundamentals globally, reform efforts in China, and attractive investment opportunities. 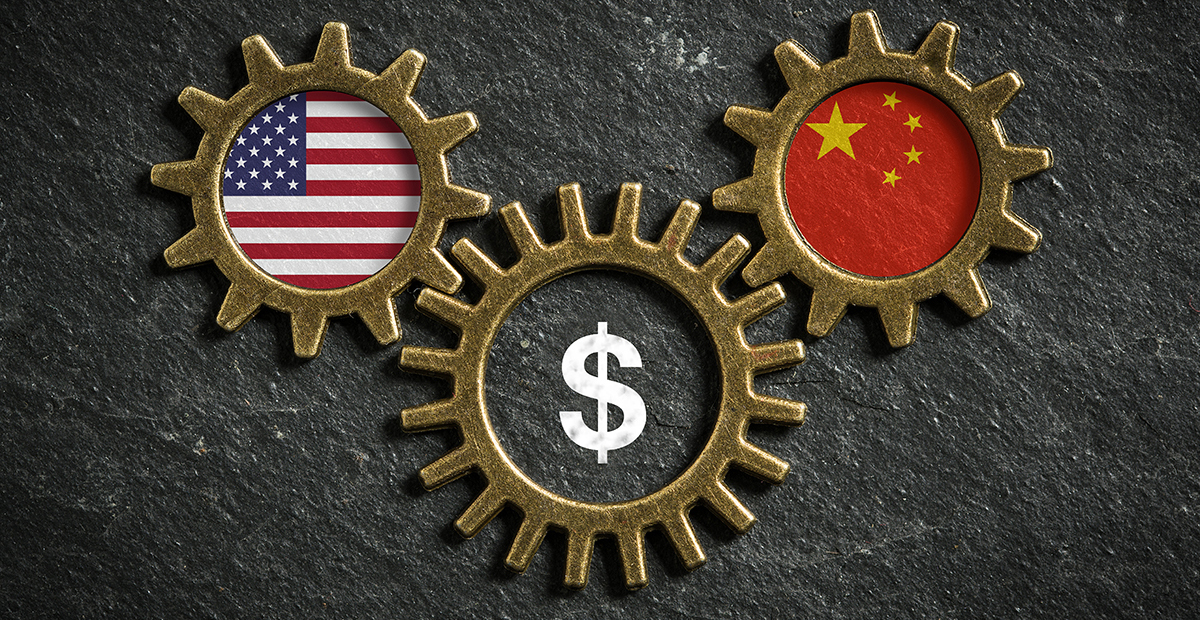 When the world’s three most powerful men are at odds, and whipsawing markets, understanding the underlying economic conditions, combined with bottom-up security analysis and a long view, can help investors turn the volatility to their advantage.

Of course, it’s easier said than done, but it beats trying to figure out if the presidents of the U.S. and China are now taking their cues from the markets, and, though he couldn’t admit it, the head of the U.S. Federal Reserve is, too, or whether they’re leading the markets.

The “Presidential Put” was on full display heading into the recent meeting between Donald Trump and Xi Jinping in Argentina. Trump tempered his tariff rhetoric, and skittish markets climbed on the first trading day of December. The optimism vanished the very next session after China failed to confirm Trump’s tweets on the Middle Kingdom’s supposed concessions. Although Beijing tardily affirmed some without much detail, it was enough to once again cheer investors, who then had the rug pulled out from under them after word spread of Canada’s arrest at the U.S.’s request of Huawei Technology’s chief financial officer and daughter of the founder of the Chinese cellular-technology behemoth for alleged violations of sanctions against Iran.

Meanwhile, Fed Chairmen Jerome Powell apparently felt compelled on November 28 to soften remarks from early October that had spooked markets as too hawkish. He noted rates “remain just below the broad range of estimates of the level that would be neutral for the economy.” Most reports elided “the broad range of estimates,” making it appear that the chairman was relaying his own position. Was it the beginning of the awaited “Powell Put”?

Who knows, but Treasury yields tanked in the first week of December, with a segment of the curve inverting as two-year yields surpassed the five-year’s level, causing a flurry of economists to speculate how far out the next U.S. recession might be. Although flattish, the more-widely watched two-year/ten-year curve hasn’t inverted. More importantly, growth in the U.S. remains quite strong, and the global economy is expected to expand a solid 3.7% for the third year in a row in 2019. Nonetheless, many Fed watchers are slashing their forecasts of Federal funds rate hikes next year from three to four previously to one or two.

Fewer expected Fed rate hikes would not only imply less equity market volatility, it would relieve some upward pressure on the dollar. Tellingly, the DXY Index ebbed to 96.6 on December 7 from a year-high of 97.5 on November 12. If the dollar continues to weaken, a significant headwind would also lessen for emerging markets, which have suffered capital outflows given the higher yields on offer in the U.S. in recent times. Fewer rate hikes would also please Trump, who has railed against Powell’s tightening policy.

But as Thornburg Portfolio Manager Jeff Klingelhofer recently pointed out, investors shouldn’t expect an immediate pause in tightening. That’s because the Fed has effectively met its price and employment mandates, while the key rate still remains below what it believes to be the neutral level, regardless of “the broad range of estimates.” Of course, it may depend in some measure on how the trade fight plays out, mainly given the extent to which the related headline noise impacts markets. If Washington thinks getting tough on Beijing may rattle U.S. markets but hurts China’s more, positioning team Trump to strike a good deal, Thornburg Portfolio Manager Charles Wilson, PhD, points out in a new #whitepaper that China’s economy and equity market have been under pressure this year less because of what the White House is doing and more due to what the Xi administration has done.

A decade ago China weathered the global financial crisis just fine largely thanks to debt-induced stimulus. But the subsequent hangover in the form of excess capacity in various pockets of the economy led to needed and genuine deleveraging efforts last year, which have been largely responsible for its slowing economic growth this year, Wilson points out. The trade fight certainly contributed to the negative sentiment. But as credit tightened, especially from the squeeze on shadow banking, owners from many small- and medium-sized companies (SMEs) pledged shares in exchange for loans.

According to a November 9 story from Reuters, some $620 billion of traded Chinese shares, roughly 10% of total market capitalization at the time, was used as collateral at banks, which provided an estimated 70% of pledged share funding. The slowing in China’s economic growth induced by the deleveraging campaign hit SMEs hardest, as reflected in the ChiNext Composite Index’s tumble since May. Calls to top up those collateral values compounded the downdraft.

Worryingly, regulators have pressured banks and brokerages to tread lightly with the affected corporate borrowers and their underwater pledged shares, while telling the companies not to suspend trading of their listed stocks. As Thornburg Portfolio Manager Lei Wang, points out, “some of these companies are weak, poorly managed and shouldn’t survive.” In early November, Guo Shuquing, Chairman of the China Banking and Insurance Regulatory Commission, said big banks should allot a third of new loans to private enterprises, while small- and mid-sized banks should make it two-thirds.

The financial watchdog backtracked a week later, saying no “hard” lending quotas will be imposed on banks. The government is trying to ease financing conditions for creditworthy companies, but without raising the risks of poor credit allocation and worsening the debt challenges, Wang notes.

It’s not an easy balance to strike, but as Wilson explains in his analysis, the odds that Beijing pulls it off are rising meaningfully. Rather than turning to the old playbook of ramping fixed asset investment and credit growth, the government has cut taxes, reduced corporate mandatory pension contributions to raise compliance, and lowered banks’ statutory reserves to boost lending. He points out these market-focused drivers equate to nearly 3% of China’s GDP, more than offsetting the worst-case tariff scenario.

“Beijing’s focus on incentivizing the private sector to take the lead through consumption and productive investment is encouraging,” Wilson writes. “That should lead to better quality, more sustainable economic growth, and could set the stage for a nice rebound in Chinese and emerging market equities more broadly, based on currently low valuations and market expectations that are perhaps too low.”

That appears to be unfolding. Although both the Shanghai Shenzhen CSI 300 Index (SHSZ300 Index) and ChiNext Composite Index (SZ399102 Index) have lost roughly twice as much as the MSCI EM Index (MXEF) since the beginning of the year, it appears all three troughed in mid-October. And since October 18, both the ChiNext and CSI 300 Index are outperforming the MSCI EM Index, notwithstanding the squall of trade-related headlines.

Of course, if the trade dispute escalates sharply, it could still hurt both China and the U.S., particularly if supply chains are disrupted. But between presidential “puts” and Fed shifts on language suggesting that the pace and extent of rate hikes aren’t set in stone, investors should really examine the risk and reward propositions in individual stocks. That includes those in China, where both Wilson and Wang like companies with strong balance sheets, growing cash flows, capable management and attractive valuations.

A billion or so people in both the U.S. and China still go to work in the morning and spend money on goods and services every day. Companies successfully catering to them stand to benefit, as do long-term investors in their stocks and bonds.